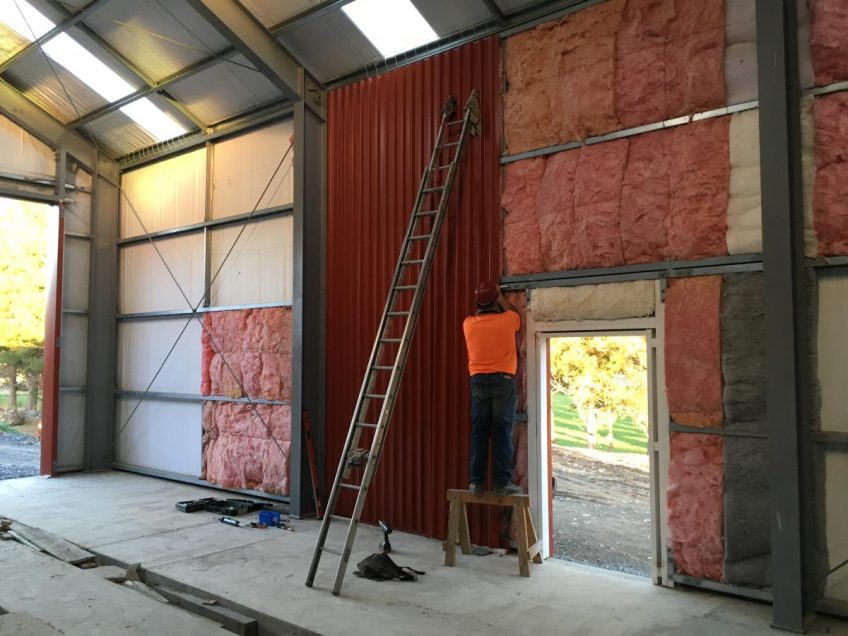 An update on work done on Saturday 7 May 2016 - we placed 2.4m3 of concrete, casting a set of steps into the road 1 inspection pit, and two floor slabs. Complicated form work and a lot of manual concrete placing - but well worth the effort. The steps and floor slabs have tidied up the inspection pit area of the shed, finishing up some loose ends from previous pours. 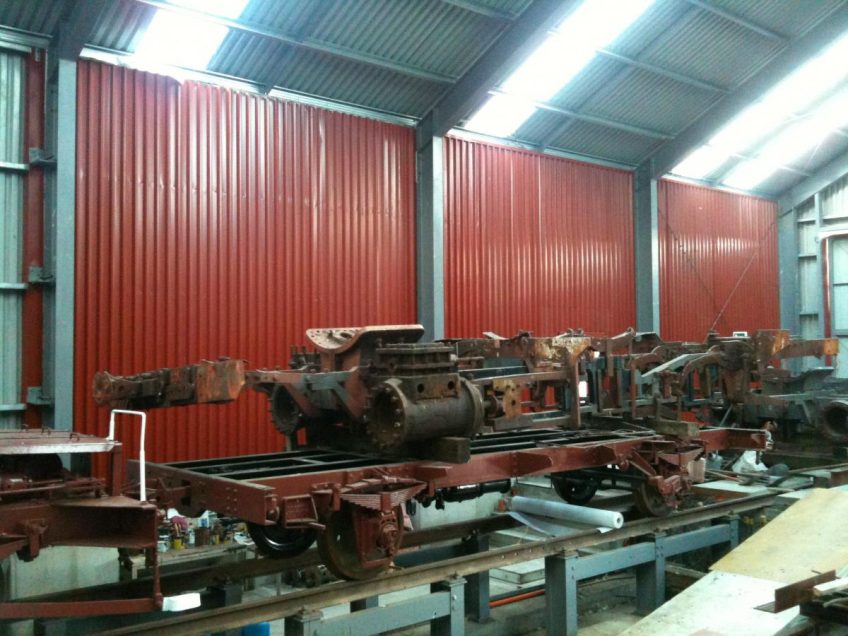 Since our last update on 7 December - Workshop floor gets funding boost - we have placed over 20 cubic metres of concrete floor in the workshop. The transformation to the workshop building is significant - its fantastic to have so much usable floor area.

Only one road of the shed will be fitted with rails at this stage, and the "road three" rail beams are being boarded over to provide a continuous floor for machine tools, work benches and storage areas. 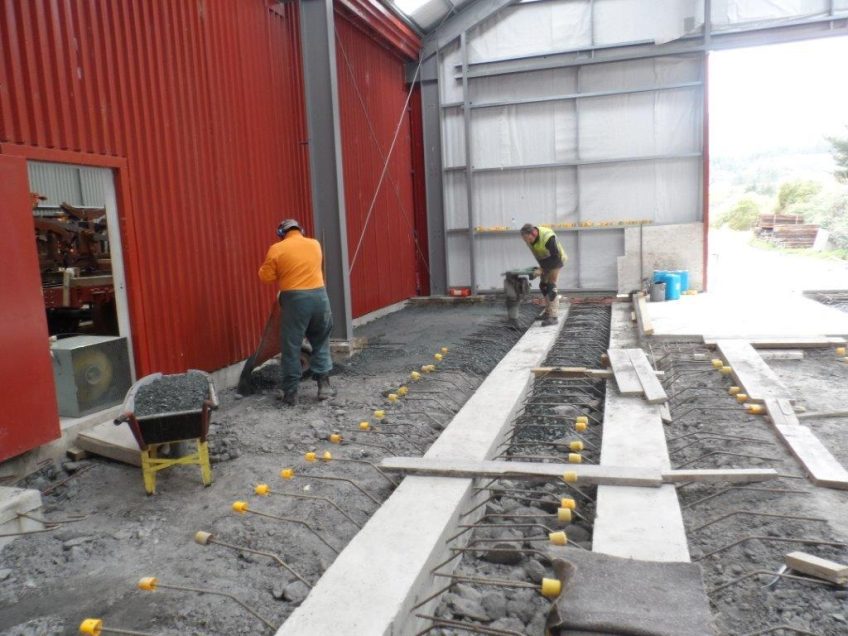 We're grateful for recent grants from Cossie Club Upper Hutt and Rimutaka Trust, which have given us a much needed boost towards completing our workshop.

Reinforcing steel and concrete will be purchased with the funding, and by the end of December we are likely to have most of the floor in place. 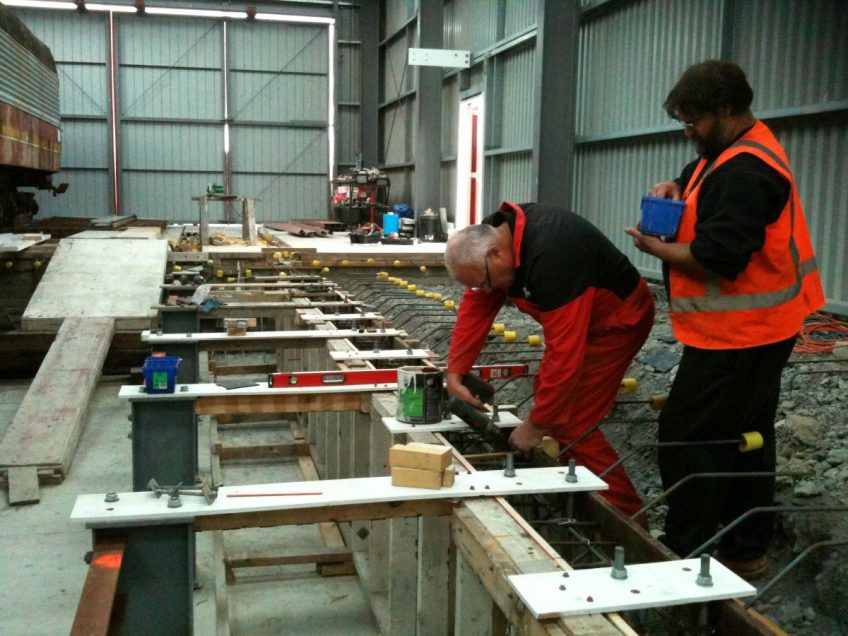 Over the last couple of weeks we have put a lot of work into a 10-metre length of wall, part of the inspection pit facilities within our rail vehicle shed at Maymorn. The reinforcing and associated form work is fairly complex and requires careful and methodical work. 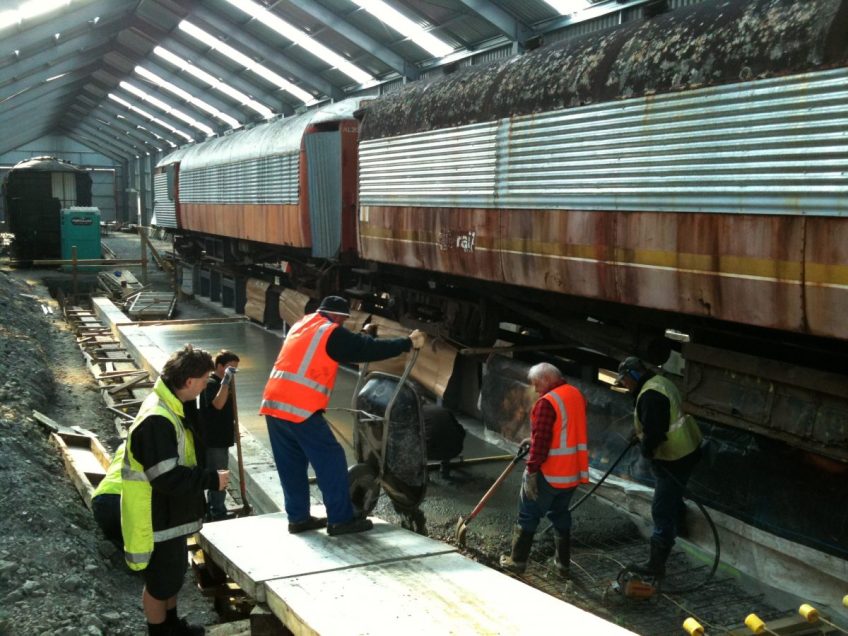 Today we placed 6 cubic metres of concrete into the rail vehicle shed inspection pits. Big thanks to Rimutaka Trust for funding, and John de Graaff for finishing and floating the concrete.

The new floor is a long-awaited enhancement to facilities in the shed. Over the past 18 months we have installed inspection pit steel columns and running rails for one road, which is already in use.