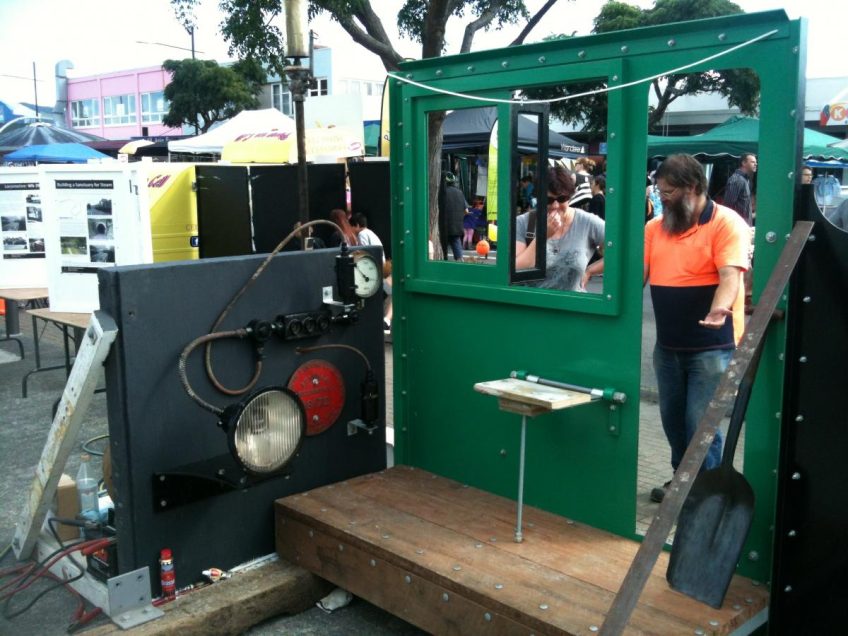 The Trust recently had displays at a couple of key Upper Hutt community events - Upper Hutt Summer Carnival on 27 February, and March Madness on 19 March. 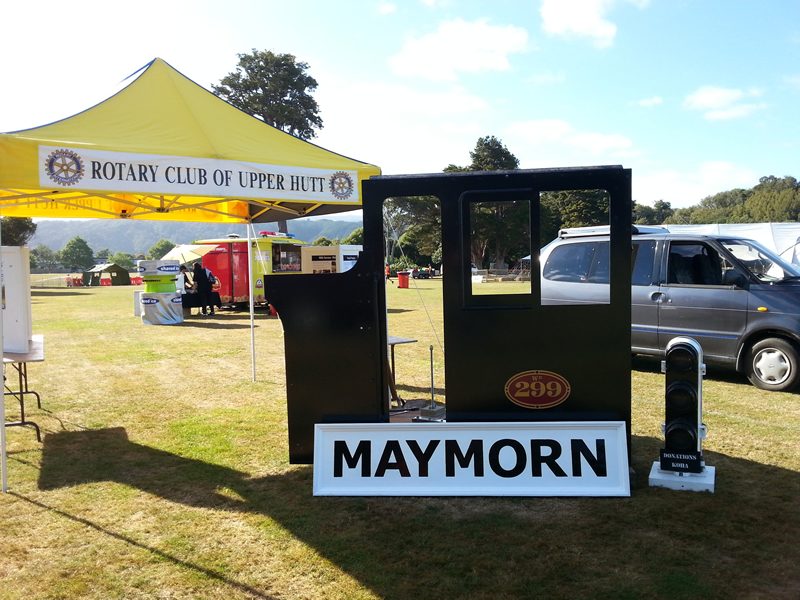 A brilliantly fine day at Trentham Memorial Park for the 2015 Upper Hutt Summer Carnival - a great venue for the Trust to promote its activities and operating days. Prominent in the display was the cab and bunker side of steam loco Wb 299, which proved popular with the public. As earlier published in Wb 299 rebuild under way the cab is an interactive exhibit, folk are free to try out the driver's seat and glance out the cab window - and get a sense of the scale and heritage of the loco. 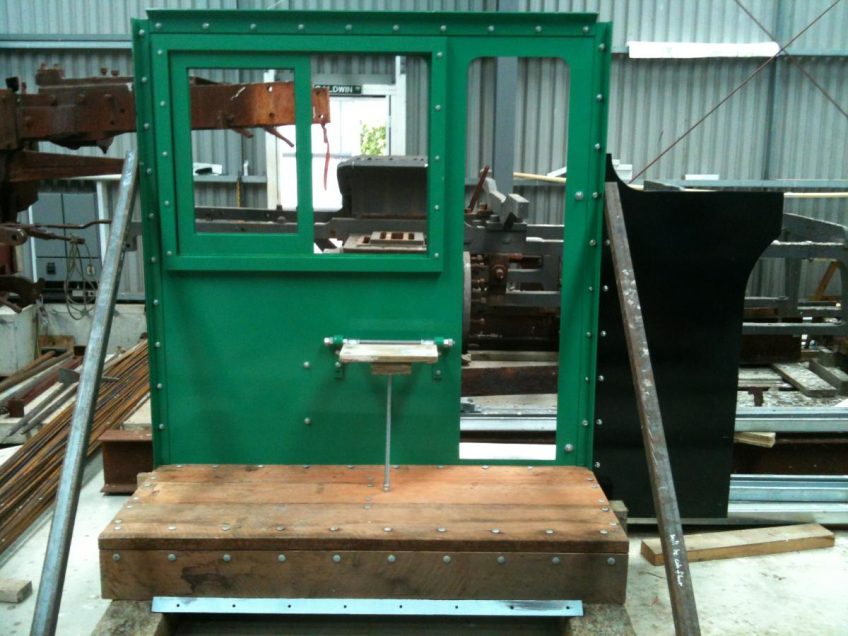 The rebuild of Baldwin steam locomotive Wb 299 is now well under way. The first major components - cab and bunker side were fabricated in time for display at RailEx. A cab seat and raised section of cab floor were added to make a more interesting exhibit, which proved quite popular with visitors.

CAD (Computer Aided Design) work has begun for the rebuilding of two Wb class Baldwin tank locomotives at the Rimutaka Incline Railway. Wb 292 and Wb 299 were salvaged from a dump site at Seddonville on the West Coast in 1989, having been dumped after withdrawal from service in 1958 and 1960. They have been in storage at Maymorn since 2008, and the frames of both locomotives are now inside the rail vehicle shed awaiting attention. 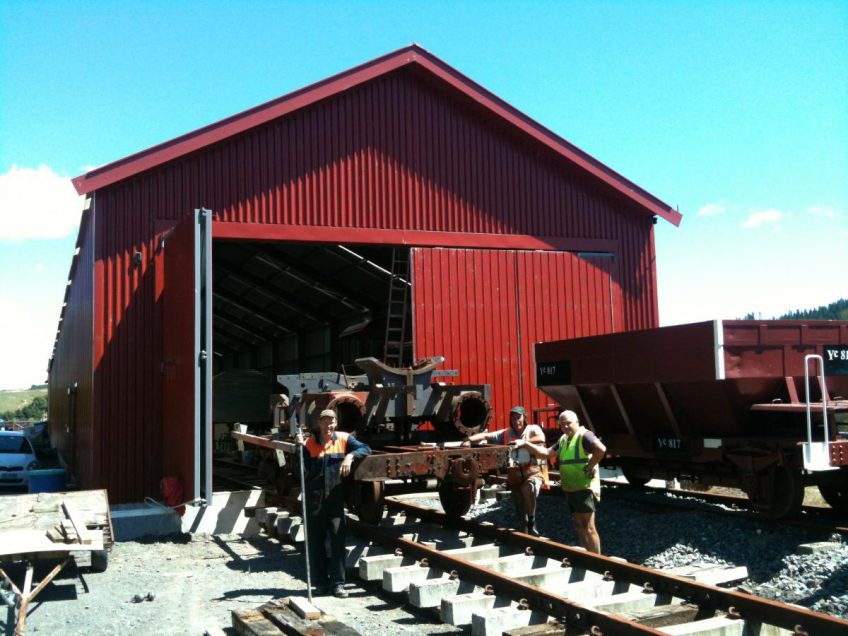 On Saturday 16 February 2013 the frames of steam locomotive Wb 299 were moved inside the rail vehicle shed at Maymorn. This was made possible by track work completed earlier in the day.

This is the culmination of many years work on the shed and track, and adds to the number of historic rail vehicles in the shed. 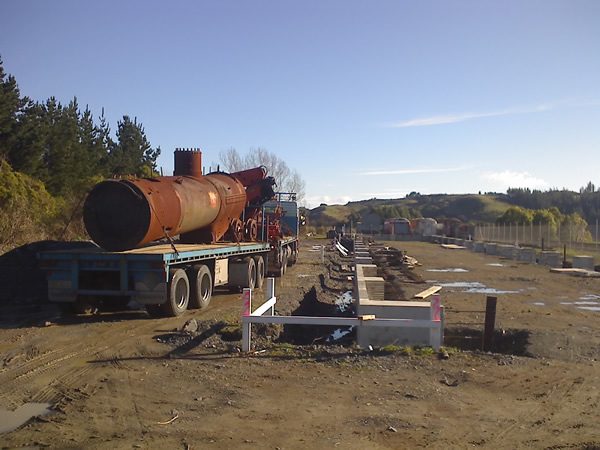 On a snowy August 2008 morning Wb 292 and Wb 299 arrived at Maymorn from Paekakariki. Their journey here begun about 50 years ago when they were dumped into a river near Seddonville on the west coast of the south island as river protection.

In 1989 Hugh McCracken salvaged the two engines and moved them north with the intention of restoring them to service. The locomotives are stripped to components, frames and boilers being the largest recognisable portions.