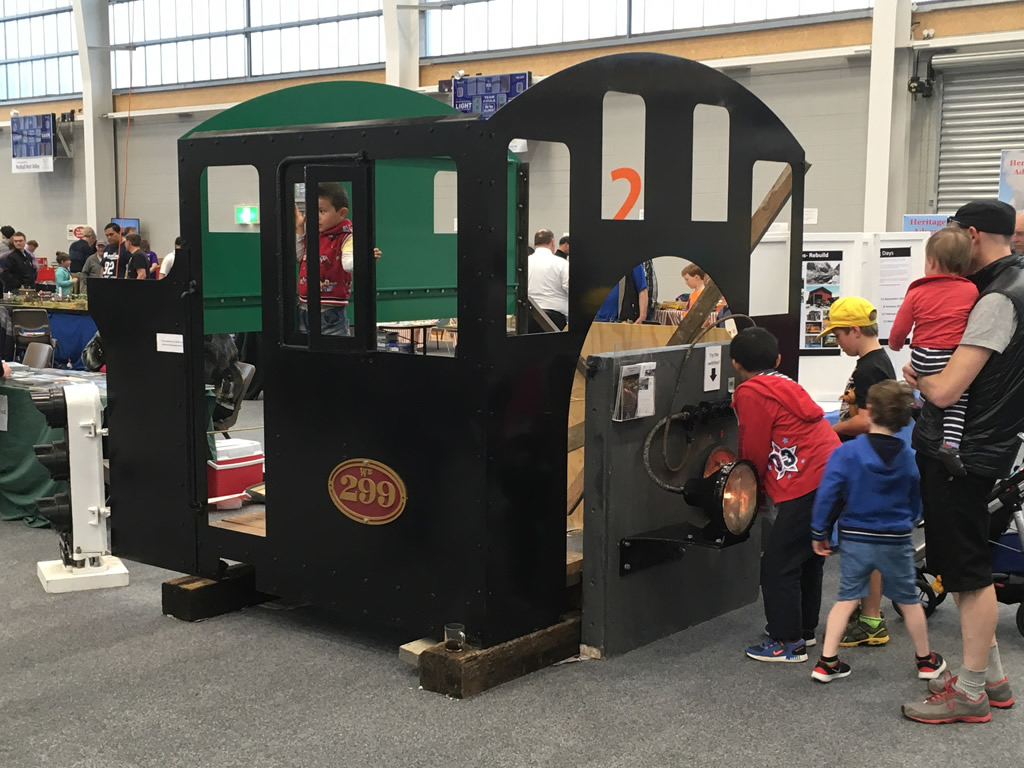 The cab front, side and back of 1898 Baldwin steam locomotive Wb 299 was on display at RailEx over the weekend of 19-20 November 2016. The display was prominent among the variety of exhibits in the Walter Nash Centre, in the middle of the large sports stadium.

The cab was popular with young and old, as visitors were welcome to try out the driver's seat and work the interactive display of  lights, gauges and other artefacts.

New components for the display had been fabricated in the three months leading up to RailEx, as previously published in the article: "Cab work continues for steam loco Wb 299" published in September 2016. A set of CAD drawings have been prepared, referencing original Baldwin plans and measurements taken from photographs and original parts from the locomotive.

Following are a series of photographs showing work on the cab back and assembly of the display at RailEx. 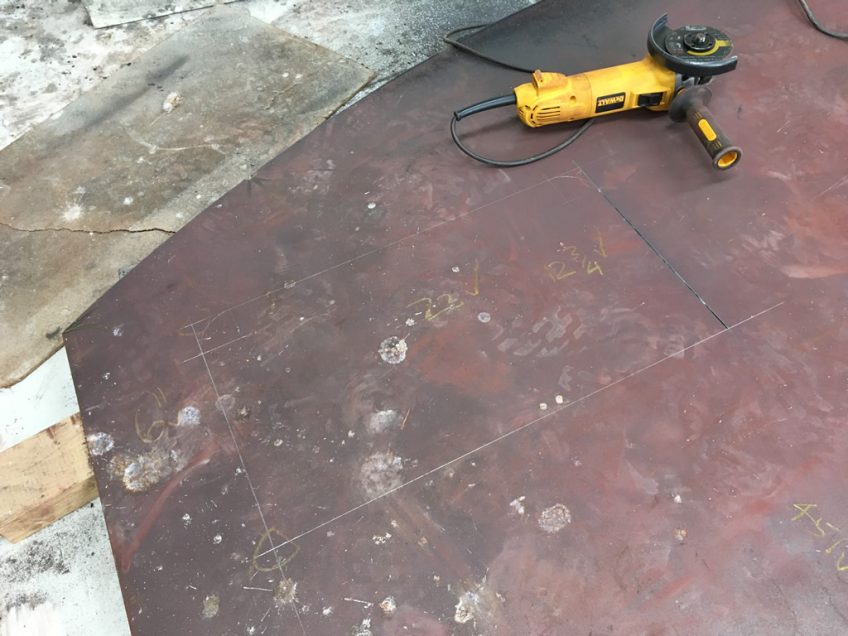 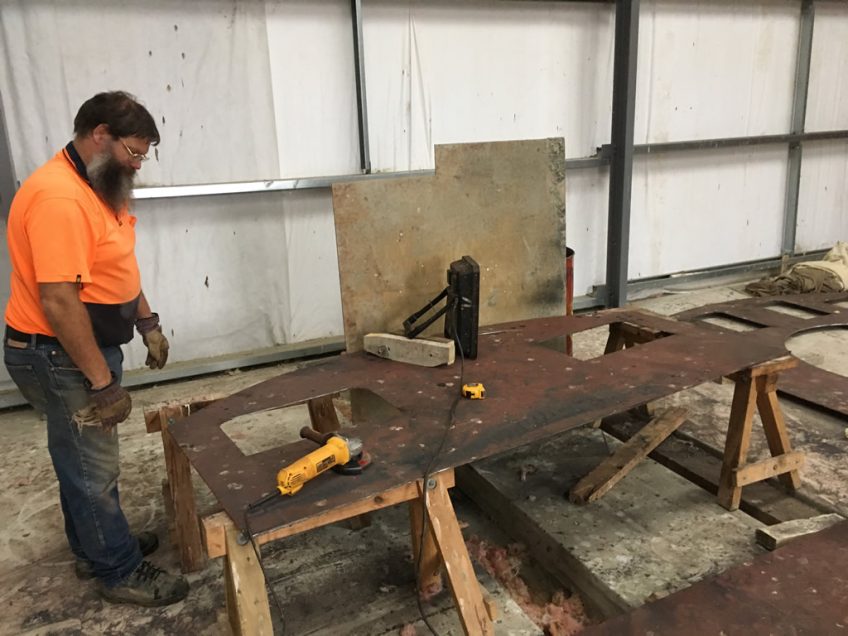 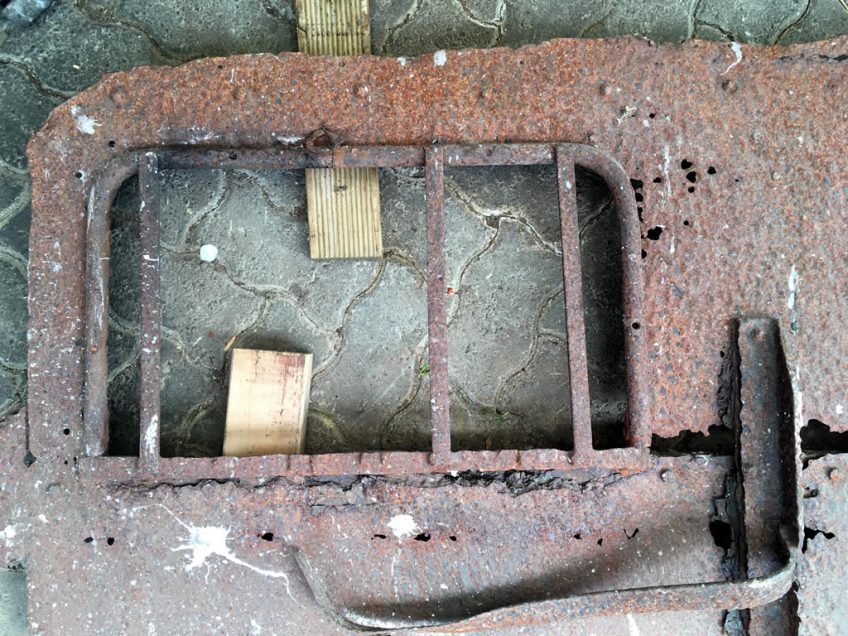 Original cab back sheet off Wb 299, parts like the window surrounds will be incorporated into the rebuild. 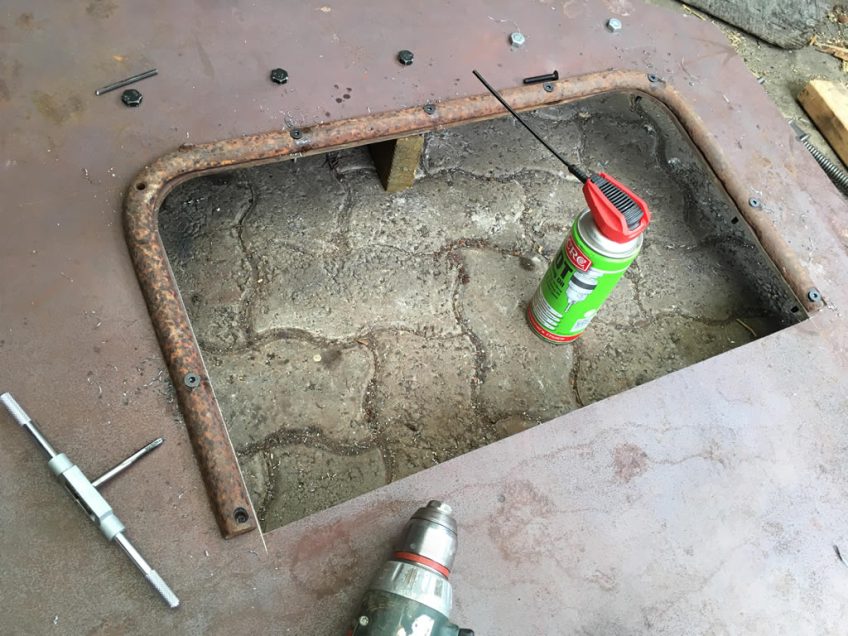 Original window surround fitted to driver's side of the cab back sheet. Rivits will eventually replace the countersunk bolts. 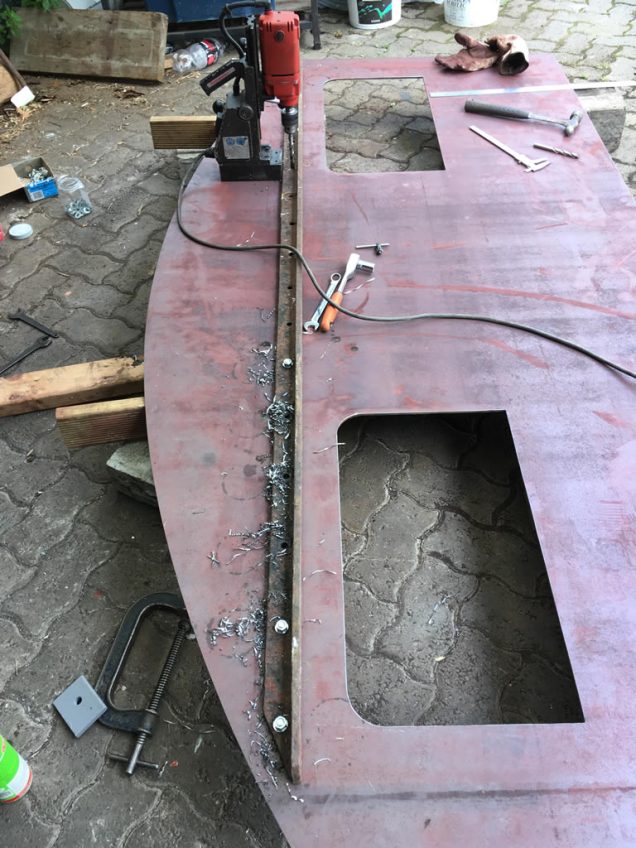 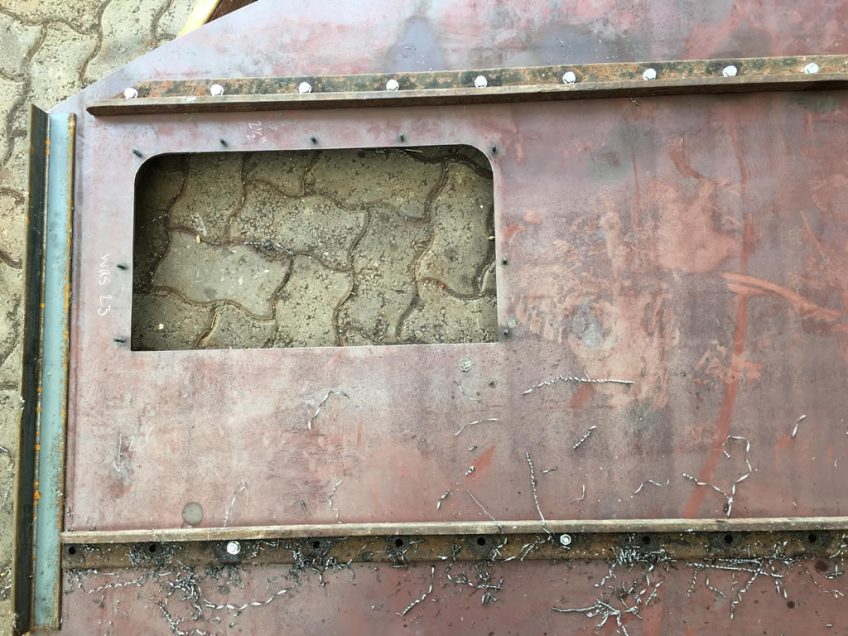 Both strengthening angles fitted up, ready for blasting and painting. 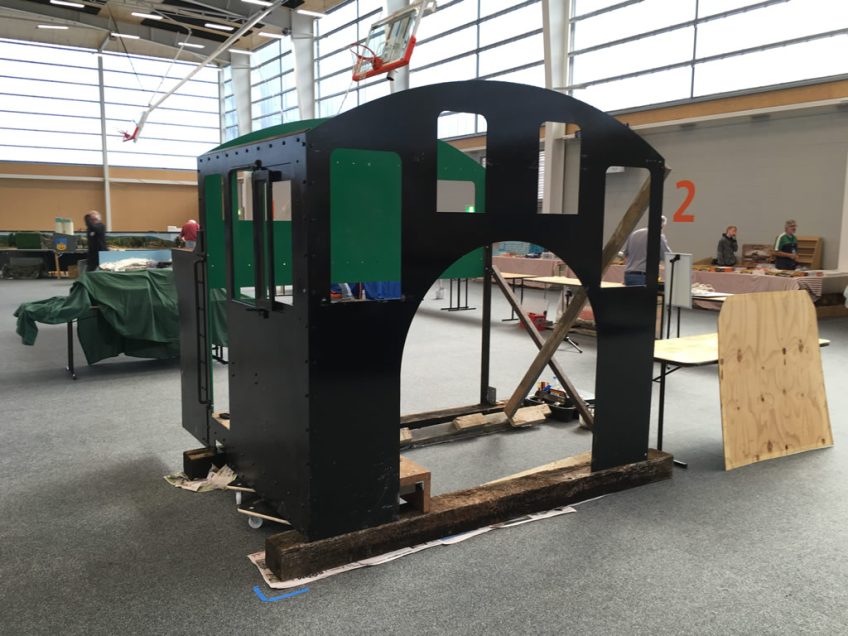 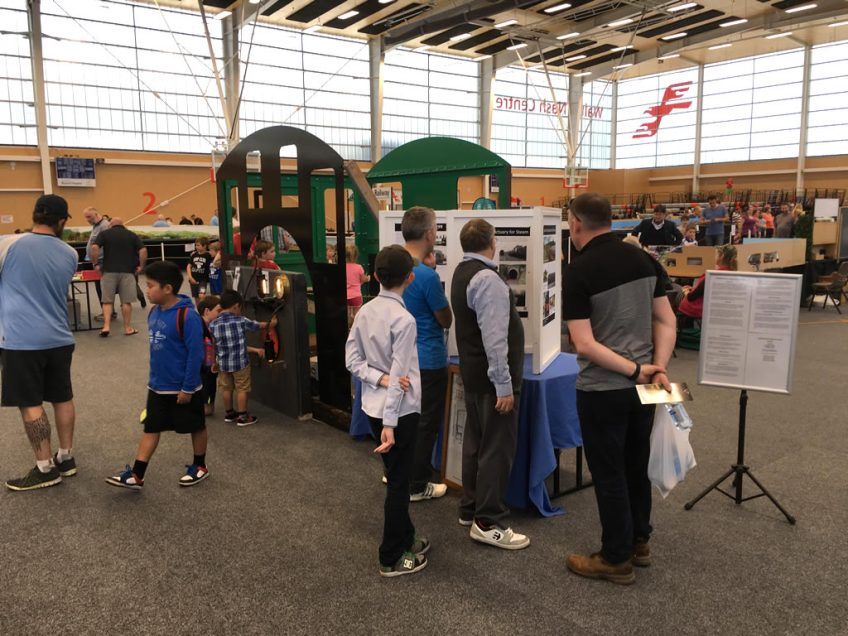 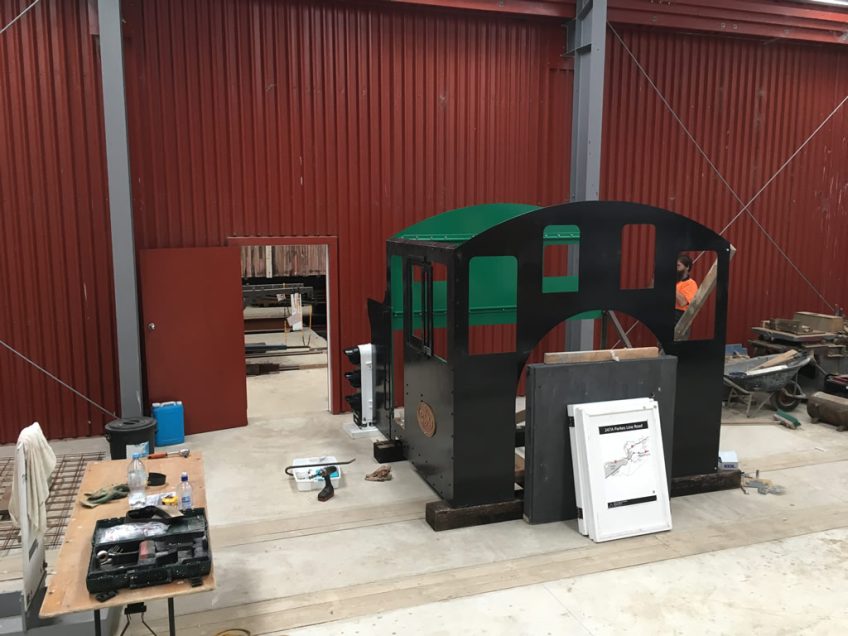 Reassembling the cab inside the workshop at Maymorn on 26 November, as an exhibit for visitors to the railway.