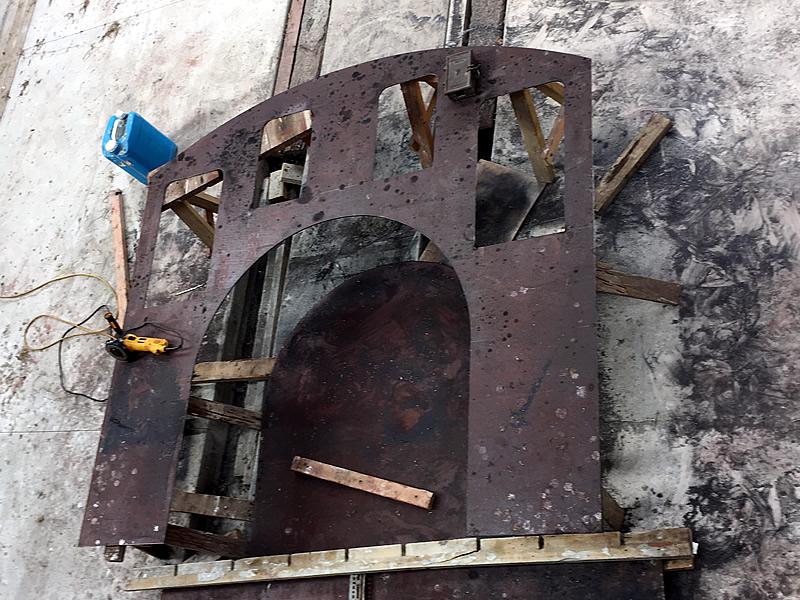 Work continues on rebuilding the cab for 1898 Baldwin steam locomotive Wb 299. The photo above shows progress with fabricating the cab front on 24 September 2016. The curves for the roof and firebox cut-out took some time to mark out, having radii of 87.657" and 27". It was fantastic to see the distinctive cab outline come together as the cut-outs were completed.

The front window dimensions were great to work with, being whole imperial units. The larger windows to the sides are 15" x 28", the smaller inner windows 12" x 19.5". The offsets from sides, centre and bottom of the sheet are also whole imperial units. One surmises that unless there was a good reason to do otherwise, draughtsmen at Baldwin Locomotive Works would stick with whole units...

The cab roof originally incorporated a timber ceiling, and was mounted higher, as can be seen in the c1900-1910 photo below. The reboilered Wb locomotives based at Westport (292, 298, 299 & 300) had a lower roof with no ceiling, which is the form the rebuilt cab will take.

Next steps are to complete cutting out the cab front and back, finish off the window cut-outs, and then fit to the driver's side that has already been made (refer Upper Hutt displays). We plan to have a all these components ready for public display by November. 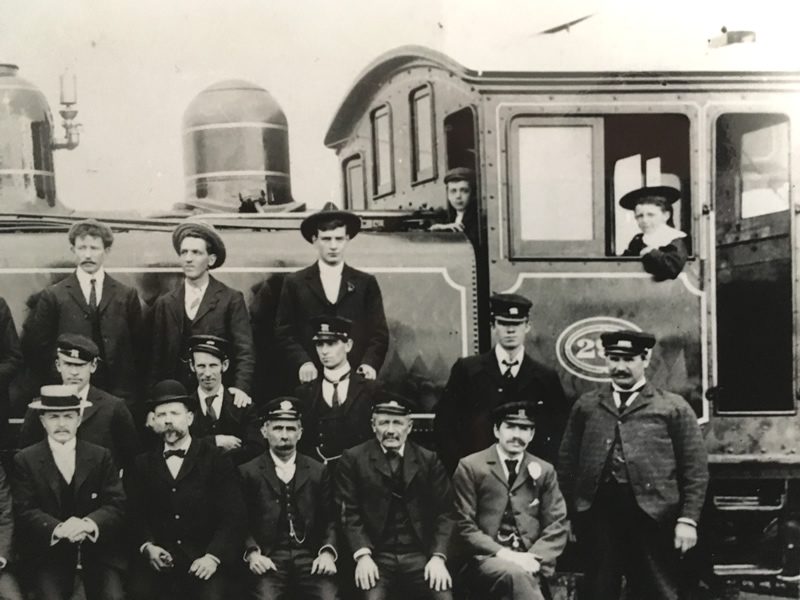 Details of the cab front can be clearly seen in this enlargement of a photo of NZR staff taken with Wb 299 at Westport c.1900-1910 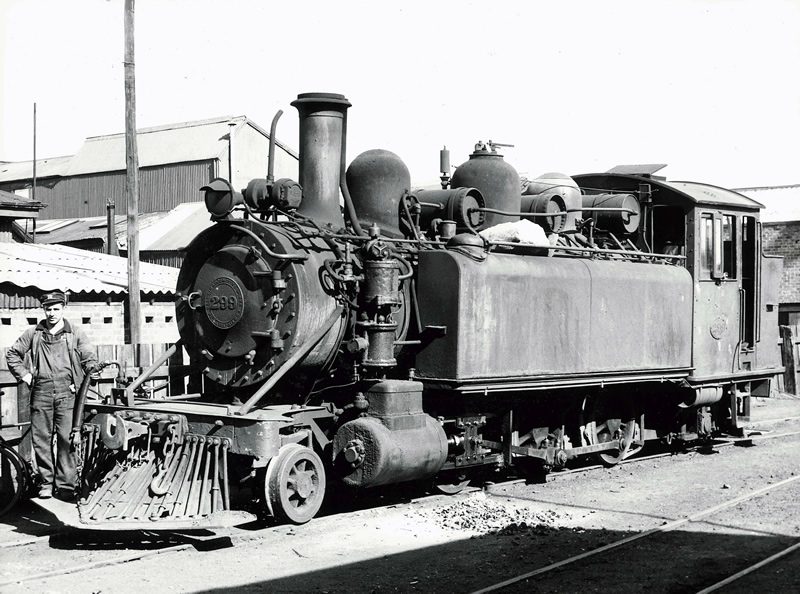 For the latter part of the loco's working life the cab front was partially obscured by an air reservoir. Driver Gibby Anderson poses with Wb 299 at Westport loco depot, November 1952. Photo: J.M. Creber 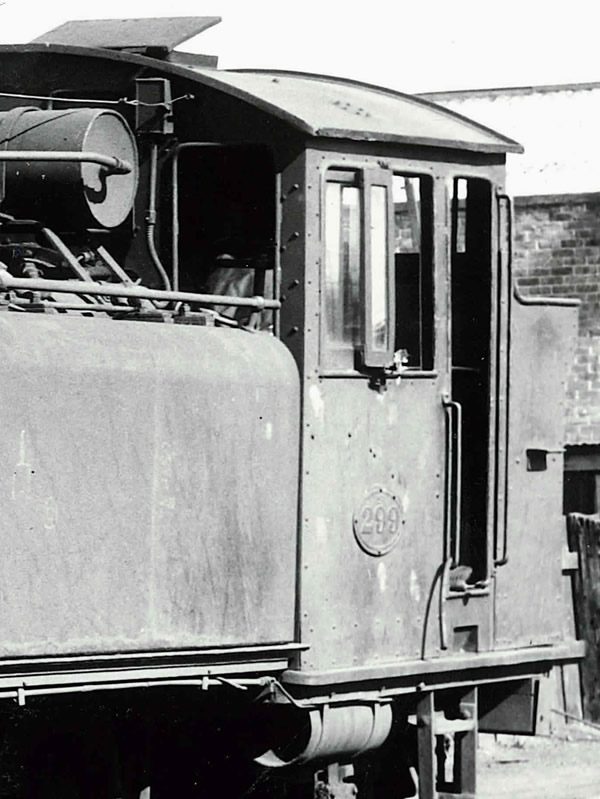 Enlargement of portion of the previous photo. Cab details include a lowered roof, Pyle National junction box to front, fly window fitted at side window and step cut out below the door. Photo: J.M. Creber 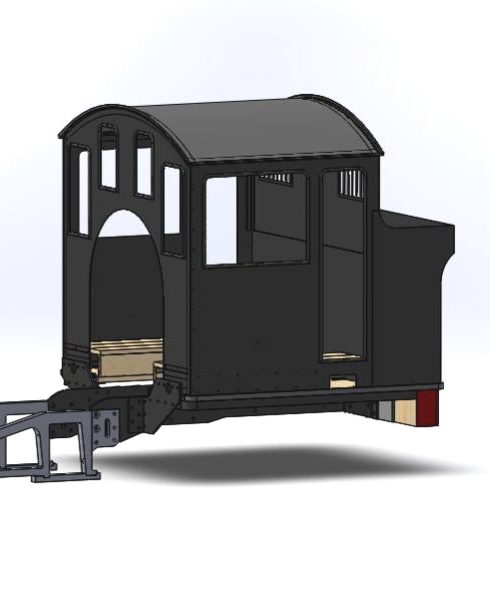 A good part of the CAD modelling work has already been done for the rebuild. Above is a portion of the model showing the cab and bunker, sitting in position on extension frames. Boiler, wheels, side tanks and other details have been hidden for clarity. 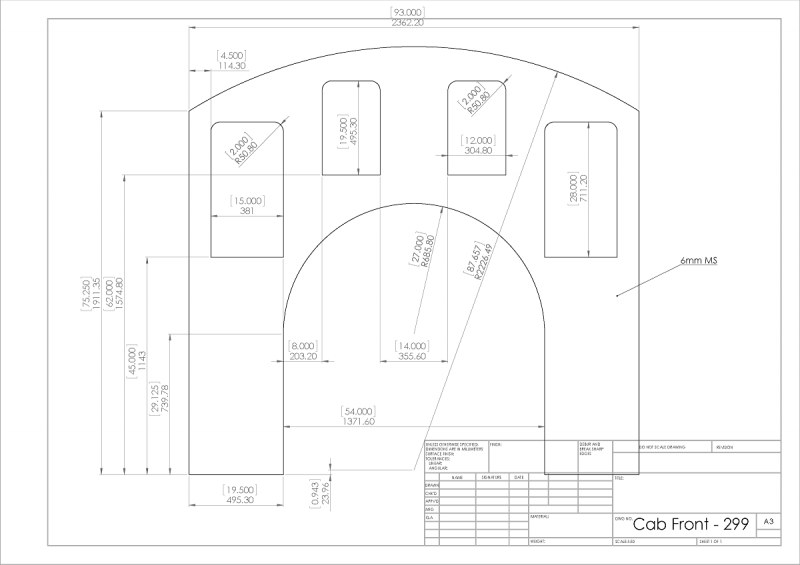 The cab front - a single part of the cab assembly. One of many drawings prepared for the current cab building work. 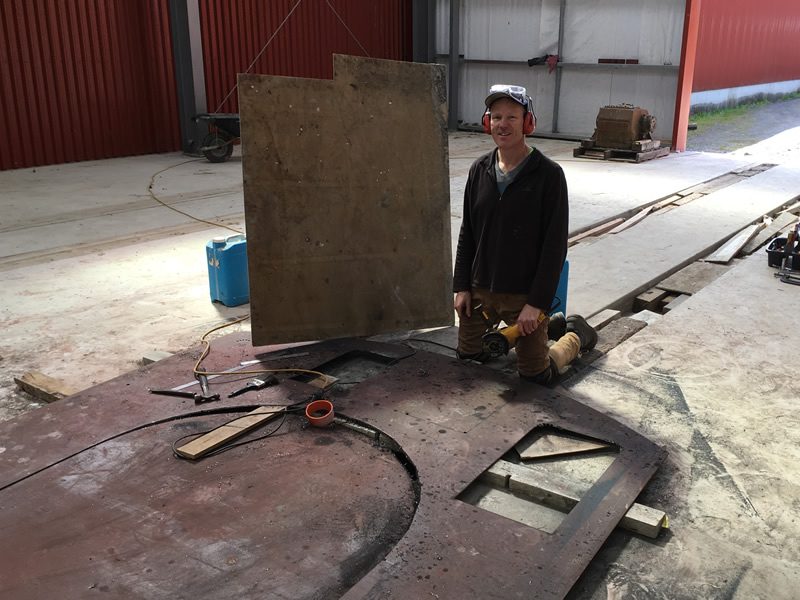 Hugh McCracken pauses for a photo part-way through fabricating the new cab front from a single sheet of 6mm steel on 24 September 2016. 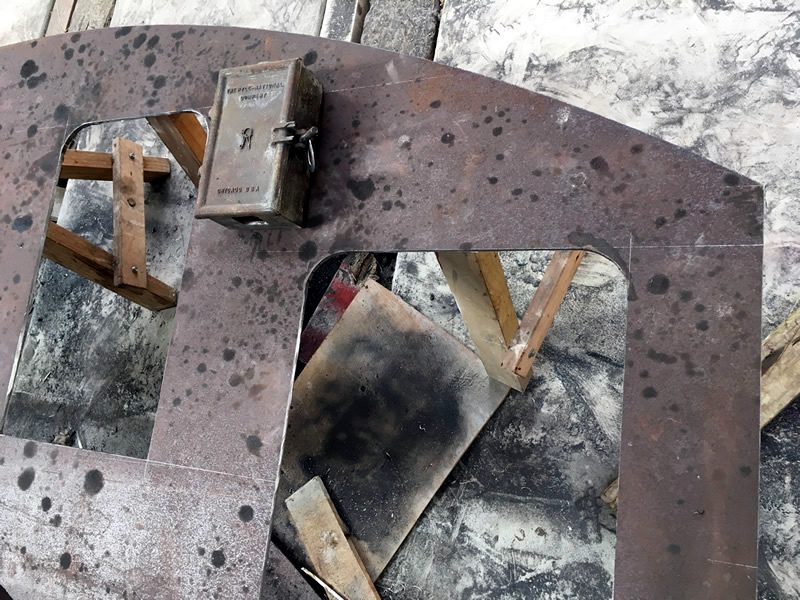 Detail of windows on fireman's side, with a Pyle National electrical junction box (original from the loco) placed in position between the windows.

A start has been made on the back of the cab. Marking out is done, the roof radius cut out, and windows started. A number of original parts will be incorporated into the cab back. 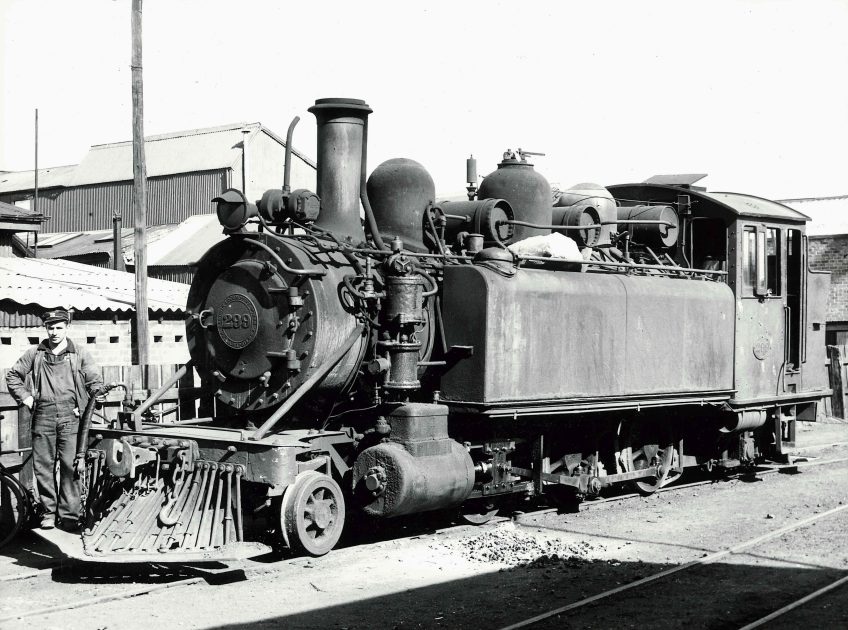