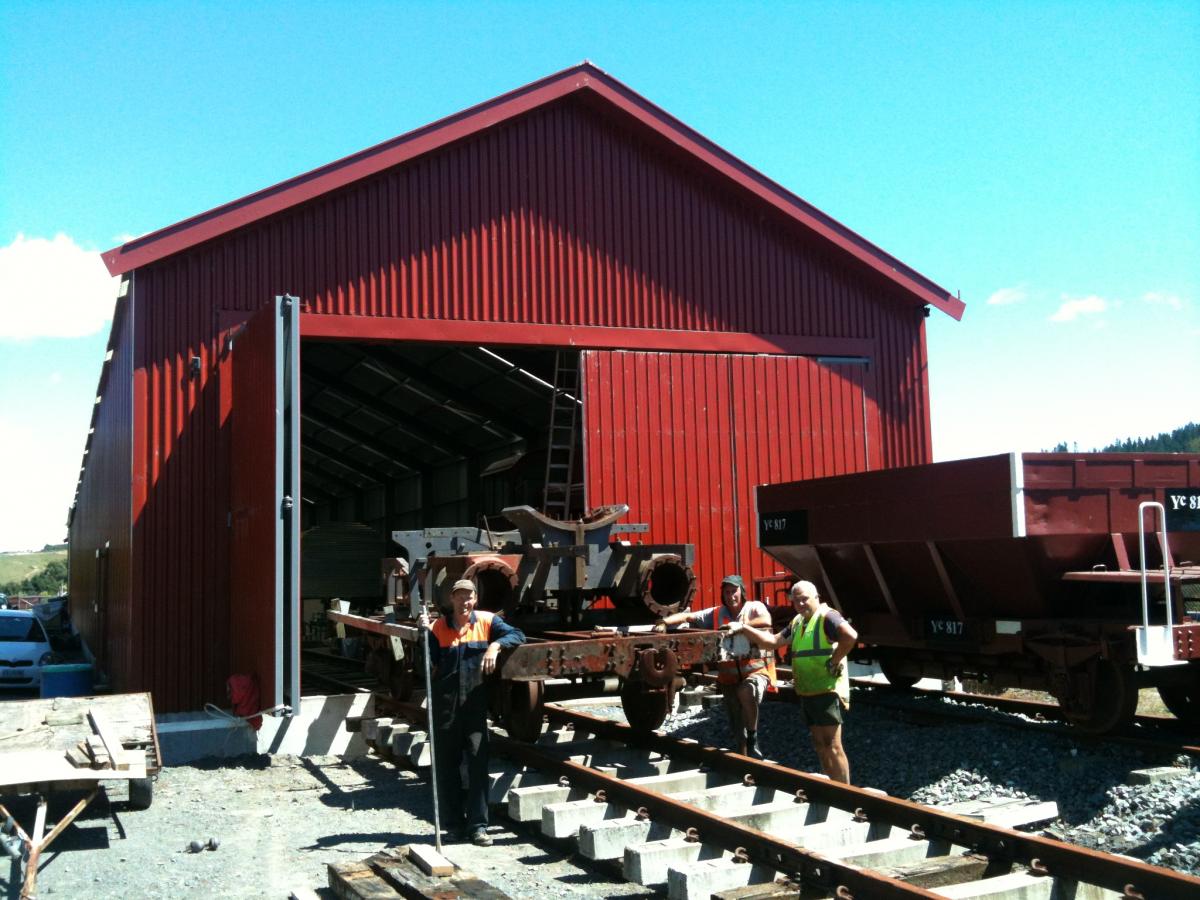 Hugh, John and Peter stand alongside the frames of Wb 299 during the move inside

On Saturday 16 February 2013 the frames of steam locomotive Wb 299 were moved inside the rail vehicle shed at Maymorn. This was made possible by track work completed earlier in the day.

This is the culmination of many years work on the shed and track, and adds to the number of historic rail vehicles in the shed.

In 1989 the two Wb steam locomotives were rescued from a stream near Seddonville on the West Coast and moved them north with the intention of restoring them to operation. The locomotives are stripped to components, frames and boilers being the largest recognisable portions.

Twelve Wb class 2-6-2T tank locomotives were built by Baldwin Locomotive Works, Philadelphia, U.S.A. for New Zealand Railways. Two, numbers 297 and 298 were initially allocated to Wellington, where they worked trains between Wellington and Summit. Following the introduction of Wd class 2-6-4T tank locomotives in 1901, having greater coal bunker capacity, the two Wb class were transferred to Whangarei and Westport.

Wb 292 and Wb 299 were the last survivors of their class, having spent more than fifty years hauling coal trains at Westport. Returning these locomotives to steam along their classmates' former stamping ground between Upper Hutt and Summit will be a huge achievement.