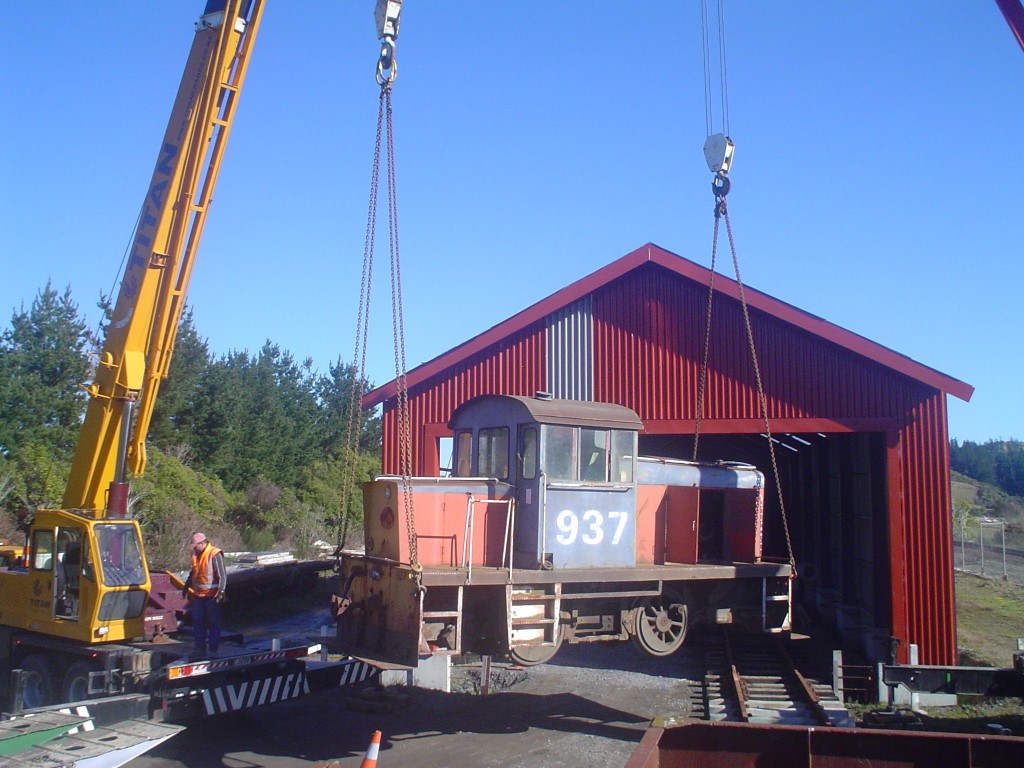 Our first complete locomotive - TR937 - arrived at Maymorn on Friday 30th July 2010. The locomotive will be used for shunting and track construction work at Maymorn, and will play a key role in future reinstatement of the Rimutaka Incline Railway from Maymorn to Kaitoke, Summit and Cross Creek.

TR937 was one of nine 20-tonne shunting locomotives built to this design at the New Zealand Railways Hillside Workshops in Dunedin during the 1970s. Working in the Manawatu for much of its life, it had been stored out of service in Wellington for over a year before being purchased by the Trust.

On Friday 30th July 2010 the loco was loaded onto a road transporter at Hutt Workshops for delivery to our Maymorn site. Unloading involved two cranes, which placed the loco onto track leading into our rail vehicle shed. In essentially operational condition one can expect to see the loco working on the Rimutaka Incline Railway in the not-too-distant future