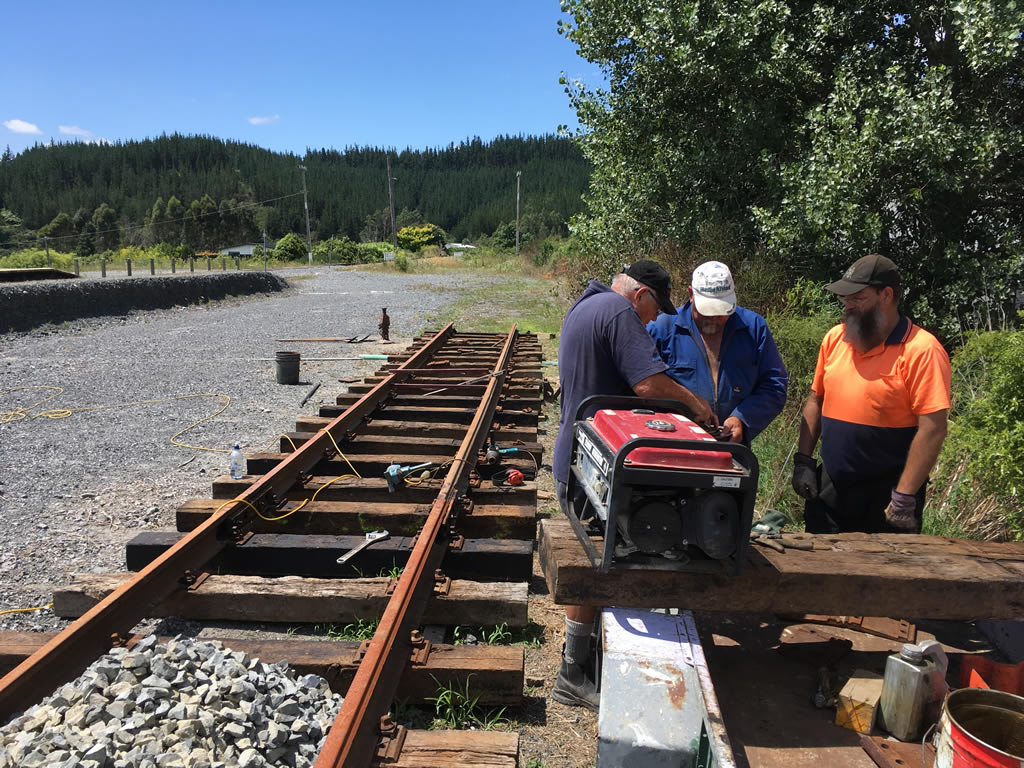 Peter, Colin and Ray working on the track extension

A selection of photos of recent track work, extending our mainline to a point opposite the Maymorn station building and platform. 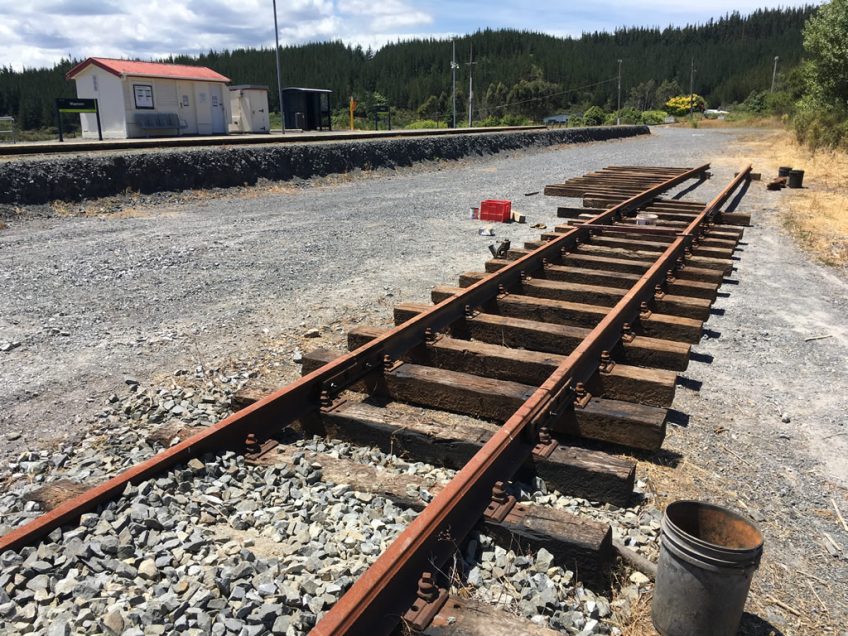 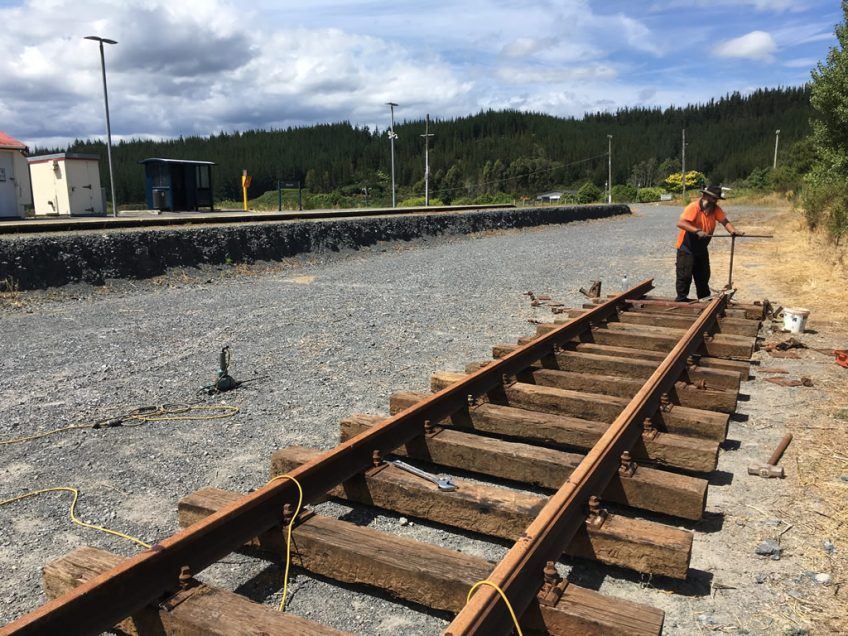 Ray fastening down last of the track screws, nearly ready for ballast. 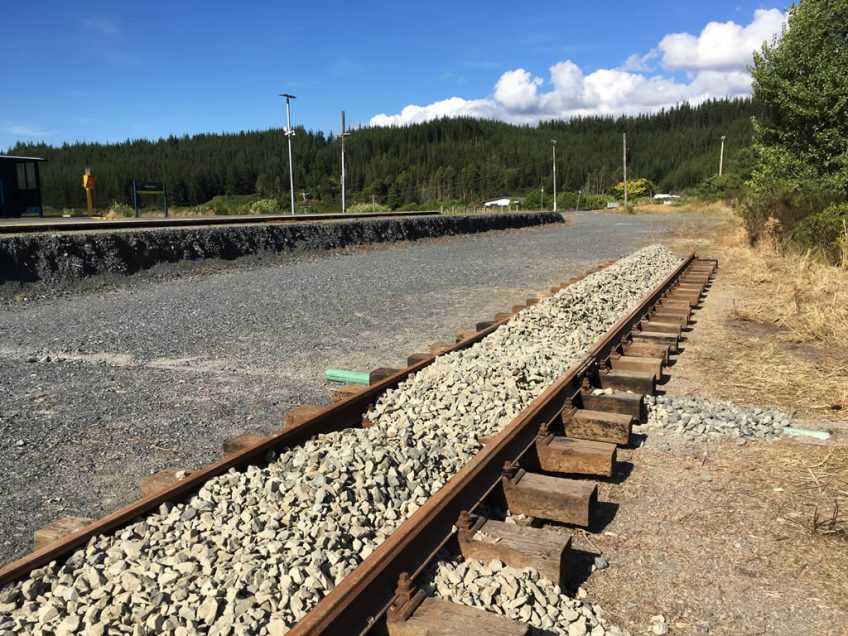 A week later, another trackset had been added, and ballasted - 30 December 2017 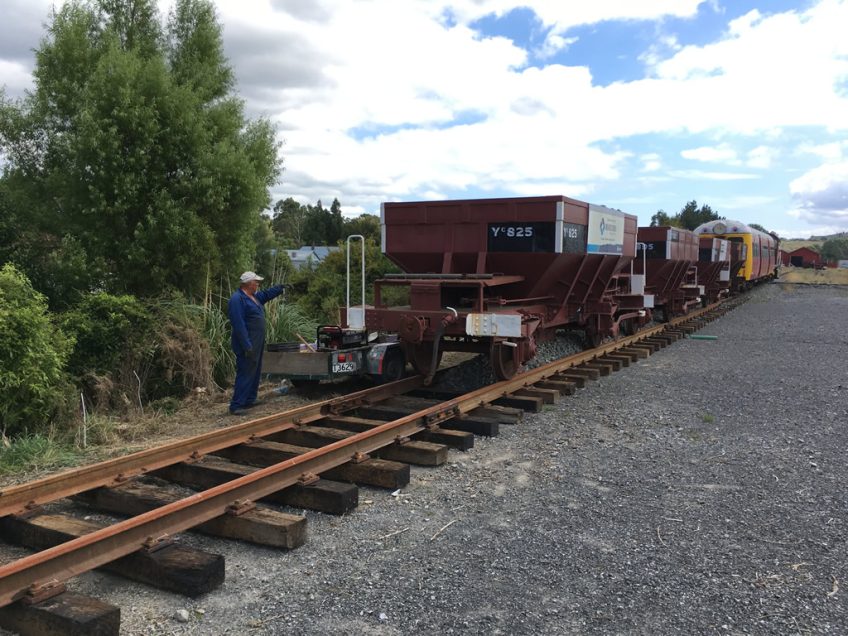