Carriage A 1328 added to fleet 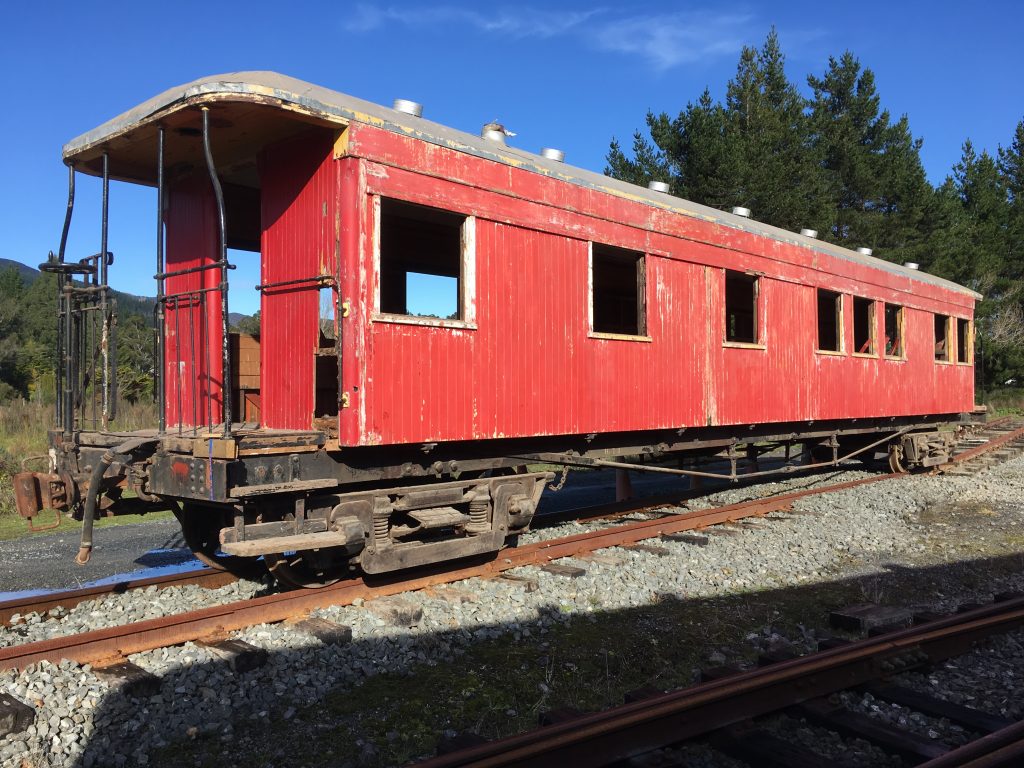 Carriage A 1328 is a recent arrival at Maymorn. The car is in remarkably good condition and after a modest amount of restoration work it will return to service on our railway.

The narrow-body 50-foot carriage was built at the former New Zealand Railways Newmarket Workshops in Auckland in 1913. It was built as a two-compartment second-class car with a central toilet, converted to a single compartment car in October 1944.  It was allocated to the Whanganui District, transferred to Wellington in October 1959, . Retired from passenger service in 1971 it went into Way & Works service as car Ea 3962 / EA1634 and written off in 1987. Privately owned, the carriage was initially stored at Clareville, Wairarapa, then at the Feilding Steam Rail depot.

Thanks are due to Rimutaka Trust / Trust House for funding the transport of the carriage from Feilding to Maymorn, Feilding Steam Rail for their assistance with preparing the carriage for transport, PTS Logistics, McIntosh Cranes, Hammond Crane and Cartage, and Clive Davis Transport for transport and unloading work at Maymorn. 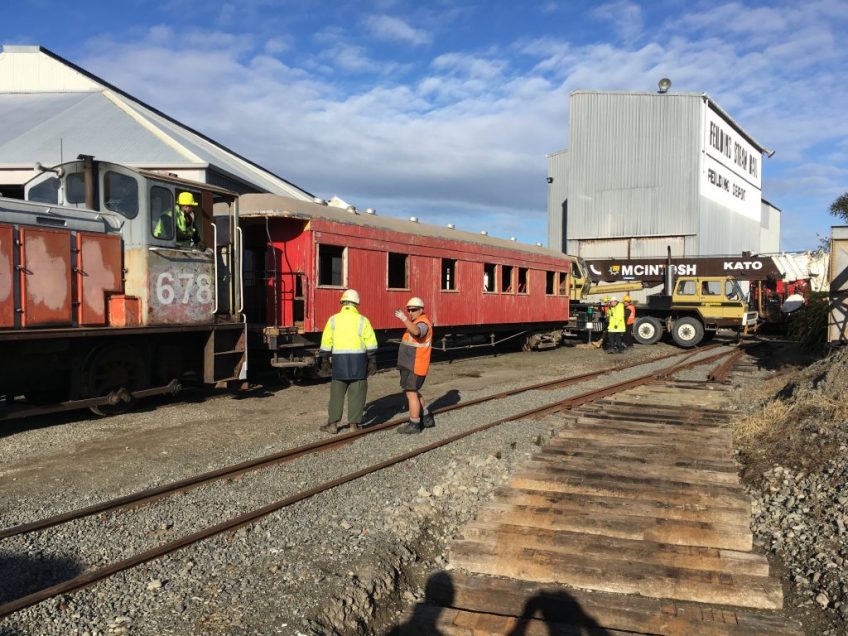 A 1328 was shunted into position at Feilding for loading onto a heavy haulage truck, 9 July 2020. 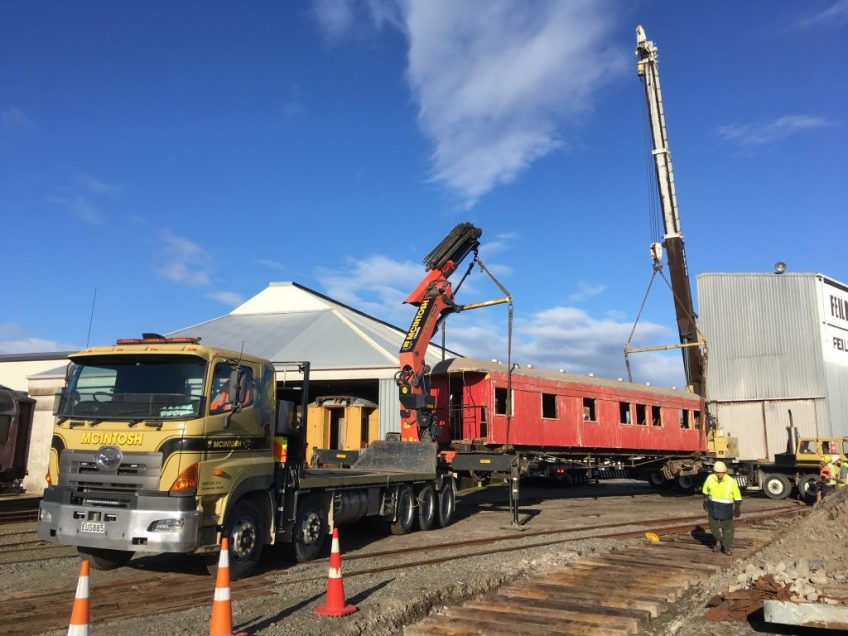 Two McIntosh cranes lifted the 15-tonne carriage prior to backing the truck into position. 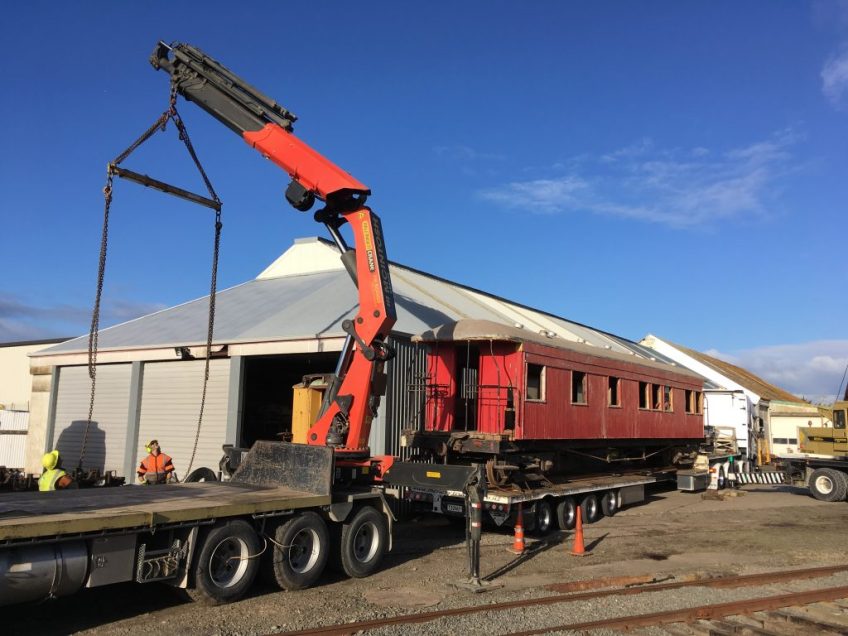 A 1328 loaded onto the PTS Logistics truck at Feilding. 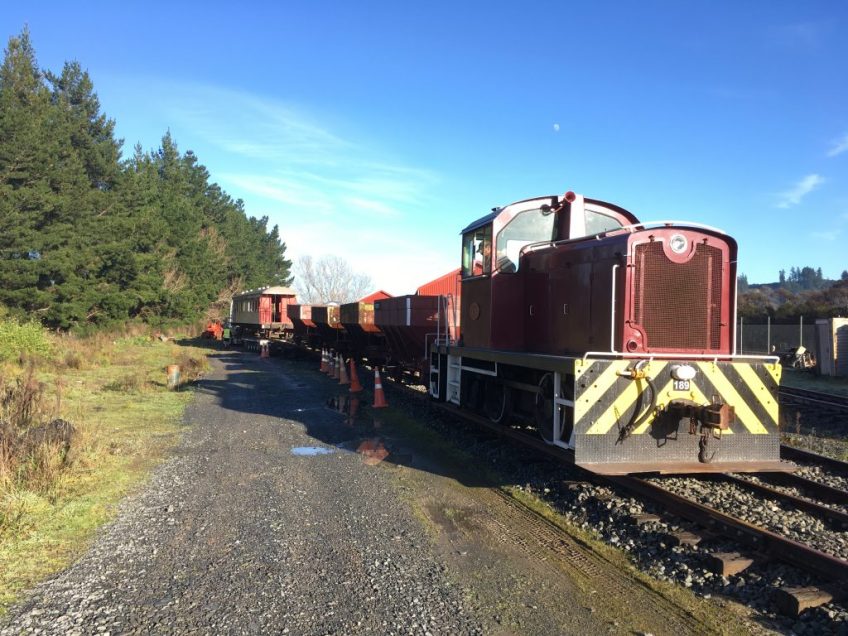 At Maymorn the following day, Friday 10th July, shunt loco Tr 189 and runner wagons were backed up a ramp to couple onto A 1328. Deck rails were connected to the siding and the carriage slowly rolled off. 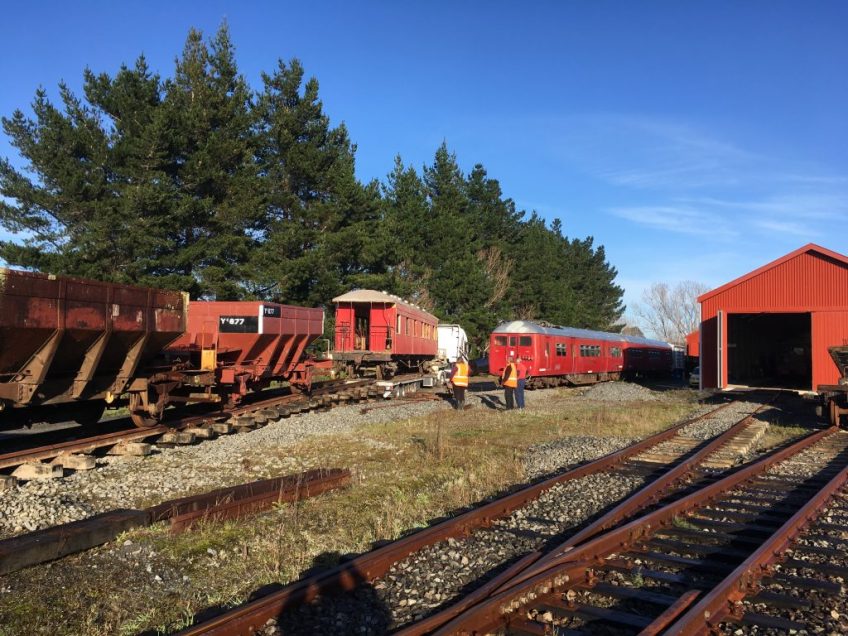 Another view of the ramp used to unload A 1328 at Maymorn. 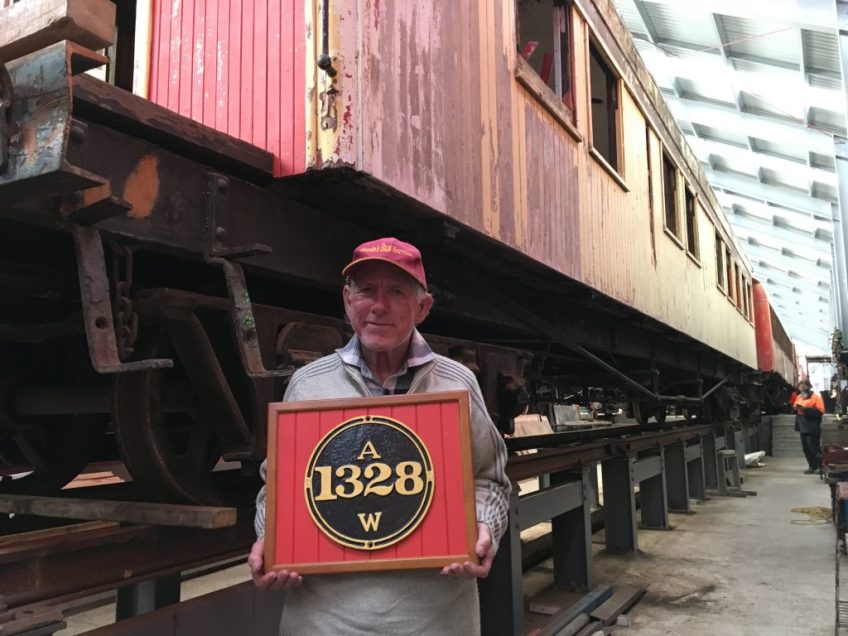 An unexpected bonus the day after the carriage arrived at Maymorn. Graeme Bennett generously gifted one of the carriage's original number plates to the Trust. The plate will look just fine once fitted to the carriage - much appreciated!